Debut album “The Trials and Tribulations of Miss French”

is a collection of 12 original tracks written by “Miss French" and recorded live in Studios 301 with a 15 piece ensemble made up of Sonic Mayhem Orchestra, a string quartet plus some of the finest musicians in Sydney including Jazz Pianist Greg Coffin and Double Bass player Steve Elphick.

The album has been produced by award winning internationally acclaimed songwriter Opetaia Foa’i who is currently signed to Walt Disney Pictures working alongside Grammy winners Lin Manuel-Miranda and Mark Mancina. Opetaia says - “ Working on the Miss French album with James Ryan (musical arranger and conductor) and all these awesome musicians has been a lot of fun. I think people will be pleasantly surprised with the quality of both the song writing and instrumentation of this album”.

Of European decent, Miss French was born in New Zealand but has lived in Sydney since 2007. Brought up in a magical world of native New Zealand bush - a world of day dreams, adventures and music – her father was a jazz enthusiast and instrument maker. With a style that has been likened to Katie Melua, Norah Jones and Ella Fitzgerald with a touch of quirkiness – you could say Jazz/Blues and a little bit more.

The Trials and Tribulations of Miss French Part one was released on the 26th of September 2016. The CD with 16 page Booklet is available from this website and CDbaby or you can downlown from Itunes, Amazon and more.

...."From the fabulous beginning of the first track with all that brass intro I was bowled over. Congratulations - I really really enjoy listening to it, very much like the singing 'style' and I think there are some really great songs on there"...

..."I loved this album through and through. As a luxury bed and breakfast owner/operator it is the perfect music for our guests...and I'm not talking background. The lyrics, the harmony...it is a delight to listen to. Well done to Miss French'.. 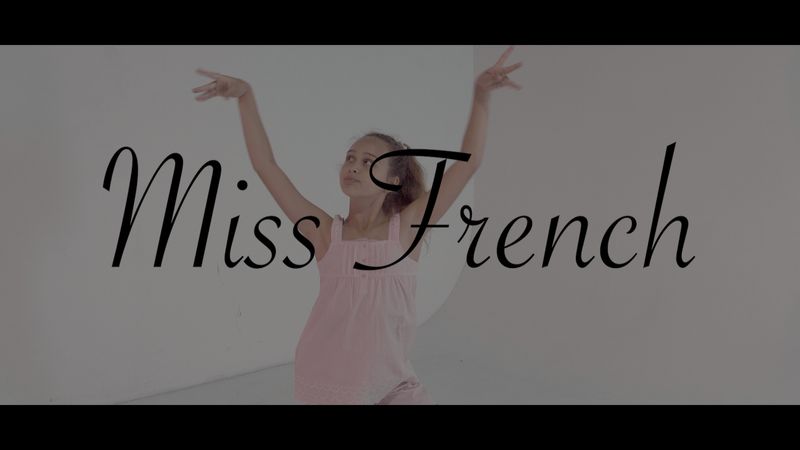 The Trials and Tribulations of Miss French, Pt. 1: CD

A style likened to Katie Melua, Norah Jones and Ella Fitzgerald with a touch of quirkiness – you could say Jazz/Blues and a little bit more.

"The Trials and tribulations of Miss French, part 1" released on the 26th of September, contains 12 tracks or original music, and 16 page booklet with  lyrics.